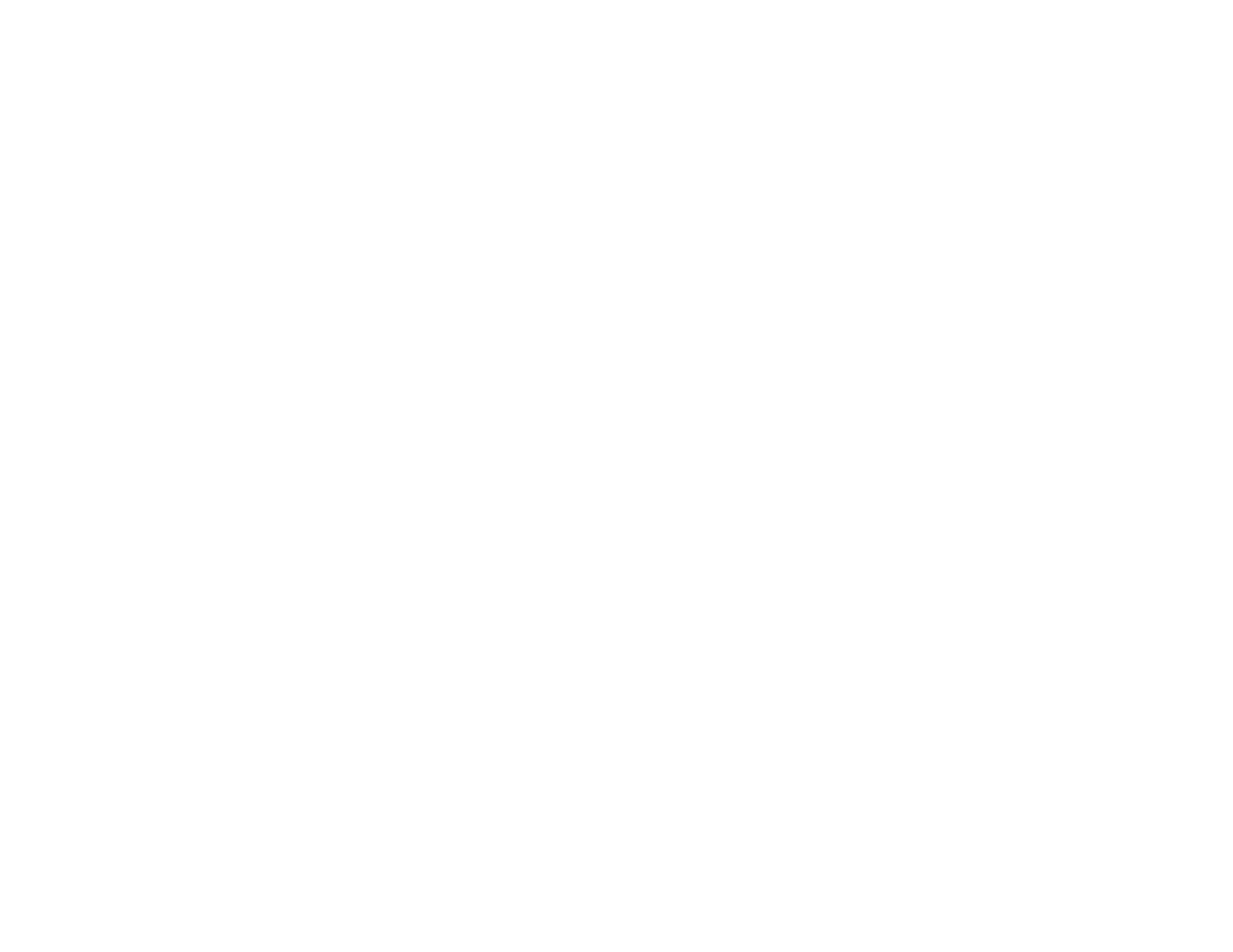 Every bear matters. As one of the slowest reproducing land mammals, grizzly bears are among the most vulnerable - iconic - keystone species in North America. The loss of a grizzly bear mother and her cubs from the landscape is a significant impact to the population and the ecosystems they roam. But with your help, there’s hope.

Our goal at the Grizzly Bear Foundation is to ensure that every orphaned grizzly bear cub in North America has a second chance at life in the wild. Rewilding offers a nonlethal solution for the welfare of orphaned grizzly cubs and could one day become an important conservation tool for threatened and recovering grizzly bear populations.

In 2020 the Grizzly Bear Foundation began a multi-year research program to contribute a scientific understanding of orphaned grizzly cub captive rearing and rewilding efforts. Led by Independent Research Scientist Dr. Lana Ciarniello, we are working in partnership with the BC Provincial Government and the Northern Lights Wildlife Society – the one and only wildlife shelter in North America that rescues, cares for, and releases orphaned grizzly bear cubs.

The research objectives are:

(1) To quantitatively examine the post-release survival and reproductive fitness of captive- reared grizzly bears over multiple years, preferably through to reproduction for female bears; and,

Surrounded by five national parks, Kicking Horse Mountain Resort in Golden, B.C, is home to a grizzly bear named Boo. Boo lives in a 20-acre wildlife refuge, the world's largest enclosed and protected grizzly bear habitat. Tragically orphaned in 2002, there were no rescue and release programs for grizzly bears at that time. Orphaned cubs were either lethally removed or abandoned with little chance of survival on their own. With the help of Kicking Horse Mountain, Boo was rescued from that fate.

Now, twenty years later, we celebrate Boo and the important role he has played in grizzly bear conservation. As a conservation ambassador, Boo has inspired a sense of wonder and connection to the wild. He has helped educate the public on the importance of grizzlies to our ecosystems. And what we've learned from Boo's orphan experience is helping raise awareness of the dangers grizzlies face and the funds to help further orphaned grizzly bear rewilding.

Keen to learn more about Kicking Horse and Boo? Tune into GrizzCast for a special podcast episode featuring GBF's Executive Director Nicholas Scapillati and GBF board member Dr. Ken Macquisten, as they meld the past with the present in a “through the lens” approach to wildlife conservation. With a shared hope for flourishing biodiversity, the two discuss unique bear characteristics and acknowledge controversy in the battle to protect the iconic grizzly bear.

HOW YOUR DONATION HELPS

Project Rewild is an innovative and world-leading research program that provides the science and best practices needed to enhance and expand rewilding efforts for orphaned grizzly bears. The findings will inform and update policies regarding the fate of orphaned grizzly bear cubs within British Columbia and beyond.

In partnership with the BC provincial government and Northern Lights Wildlife Society–the only wildlife shelter in North America that rescues and cares for orphaned grizzly bear cubs, our team at the Grizzly Bear Foundation is taking action with Project Rewild. Your contribution goes directly towards: 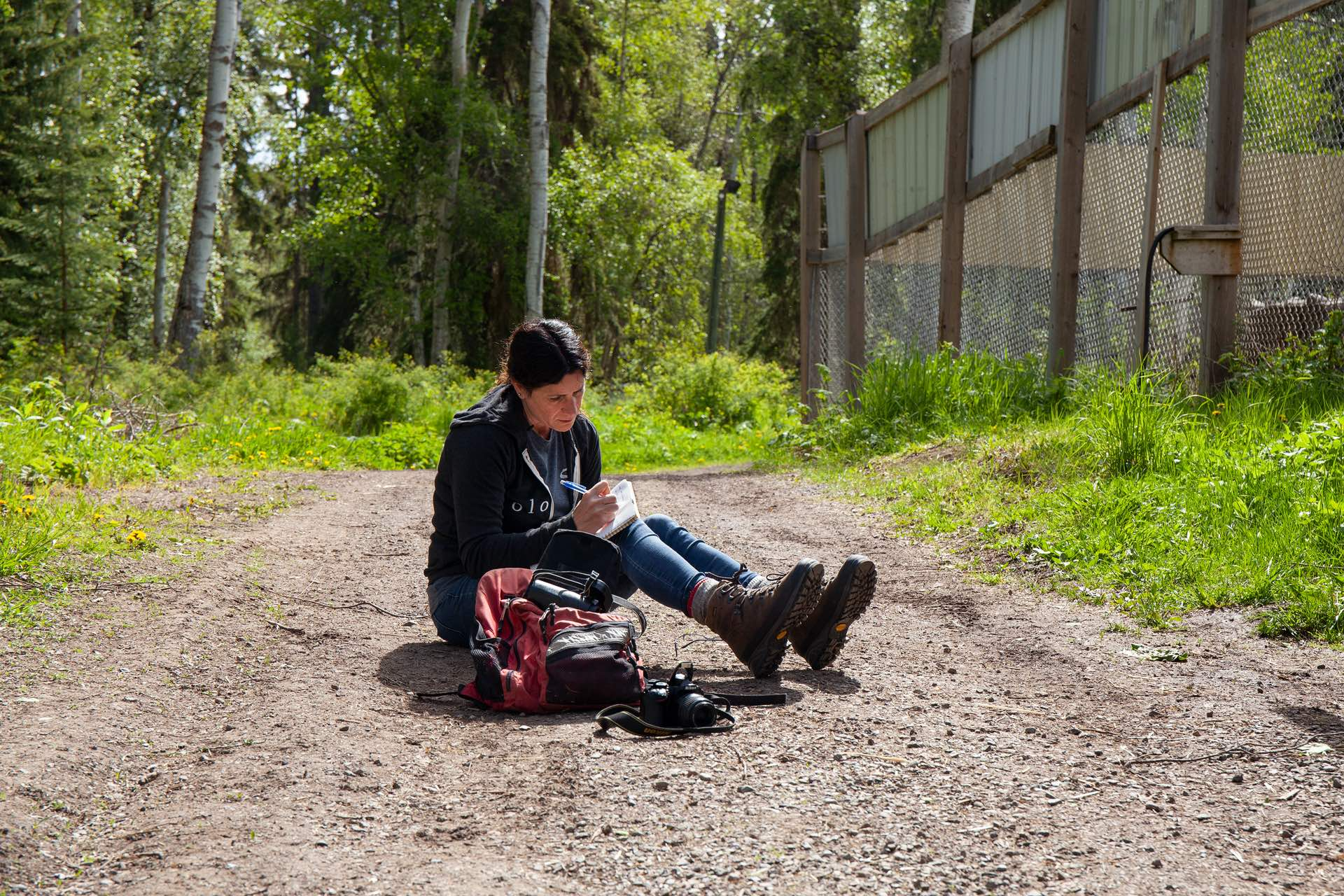 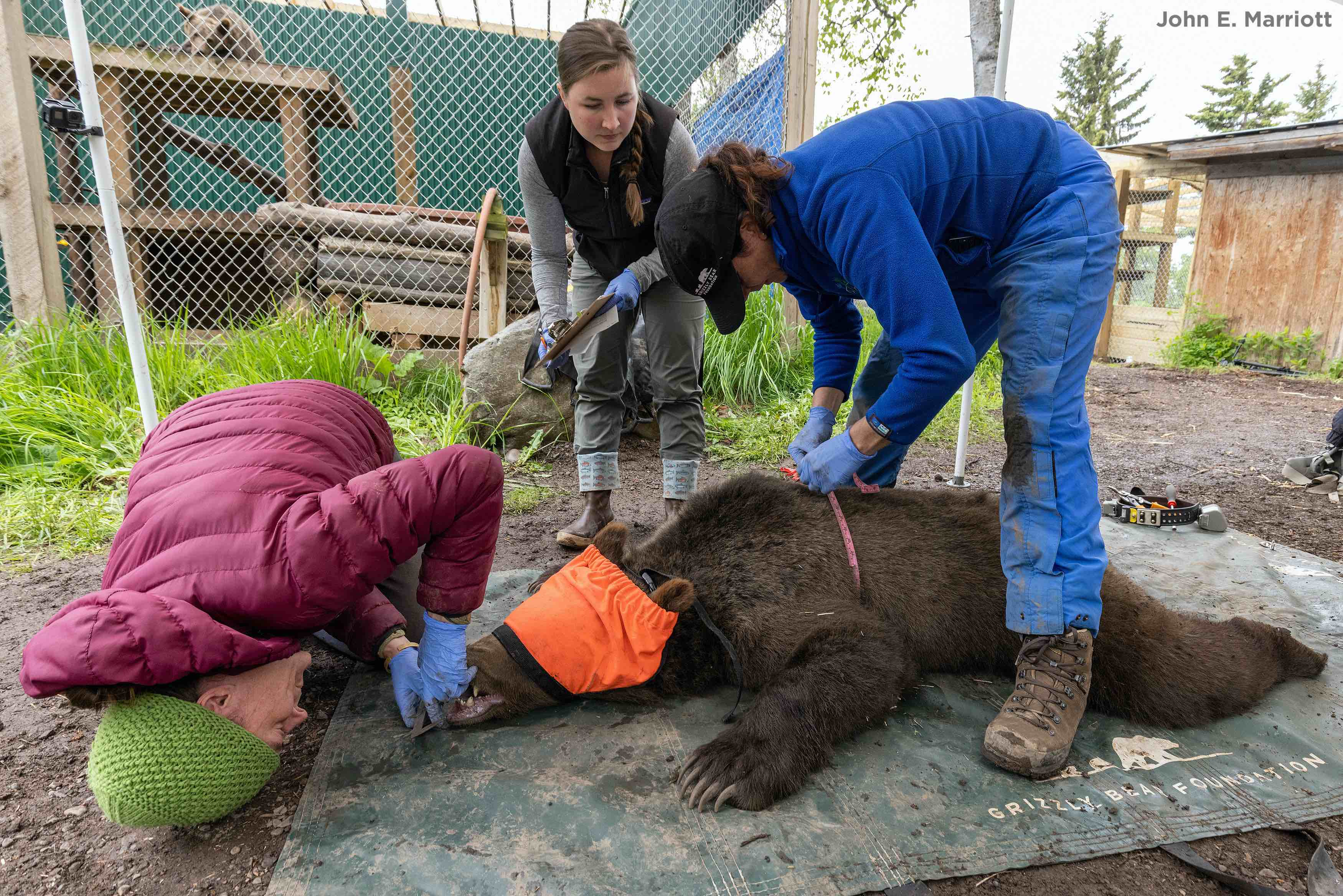 Field work for staff, scientists, and veterinarians on the ground to ensure the young bears are safe on their journey back to the wild 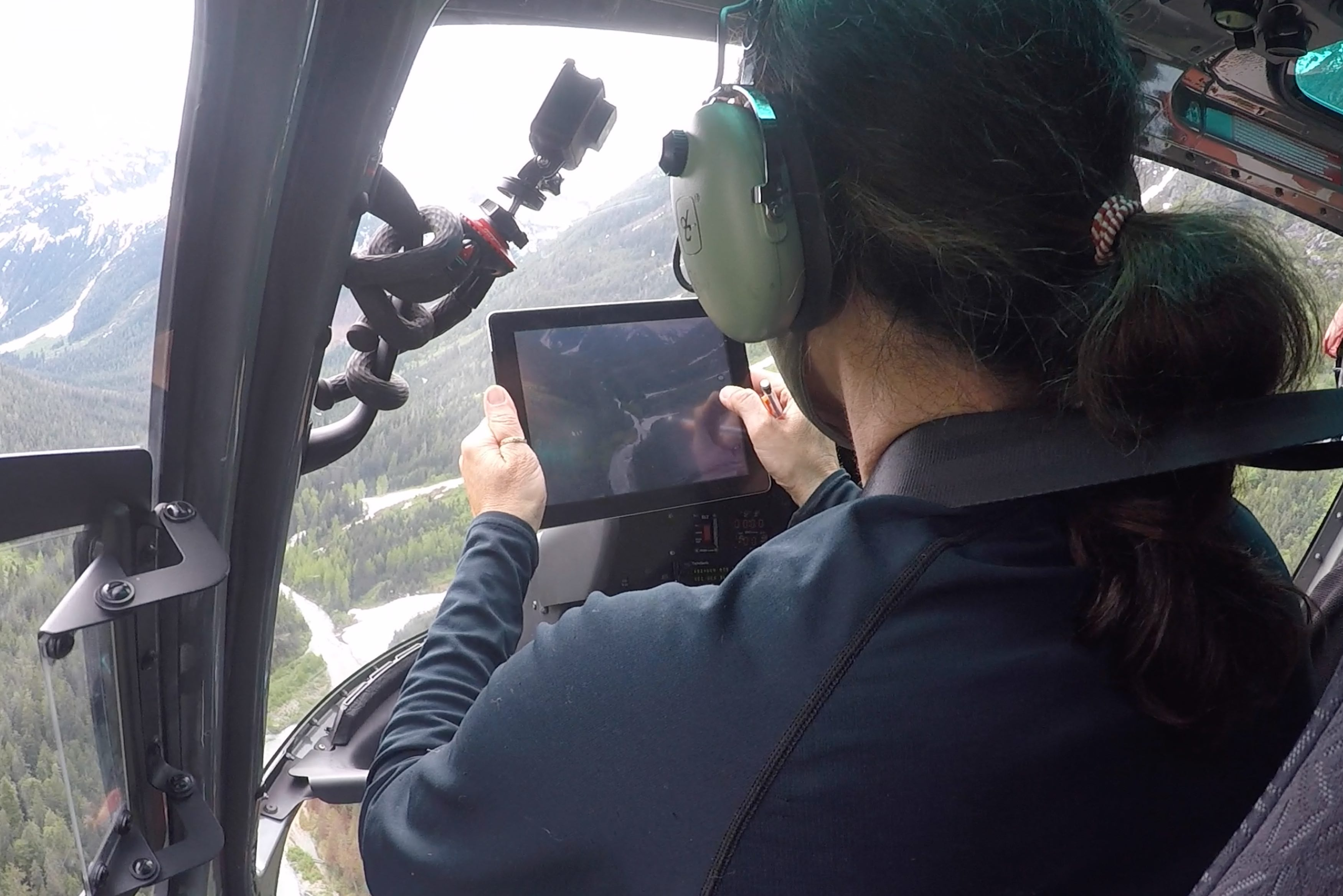 Helicopter time to reach remote, safe and productive habitats to give young bears the best chance of surviving life in the wild

State-of-the-art GPS/VHF collars fitted to each bear including redundant drop off systems to ensure their safety. The data gathered provides valuable information that will help future rewilding efforts 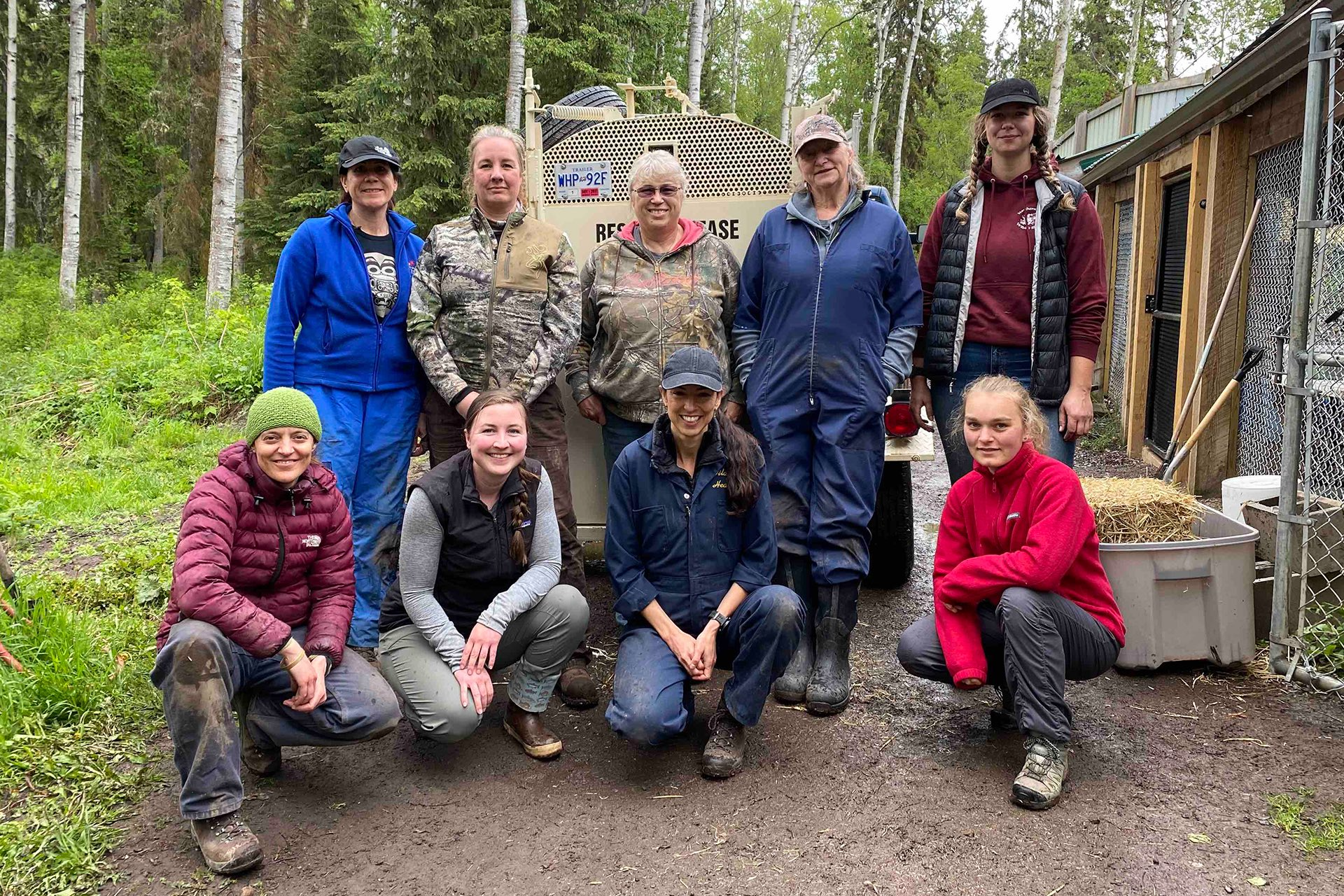 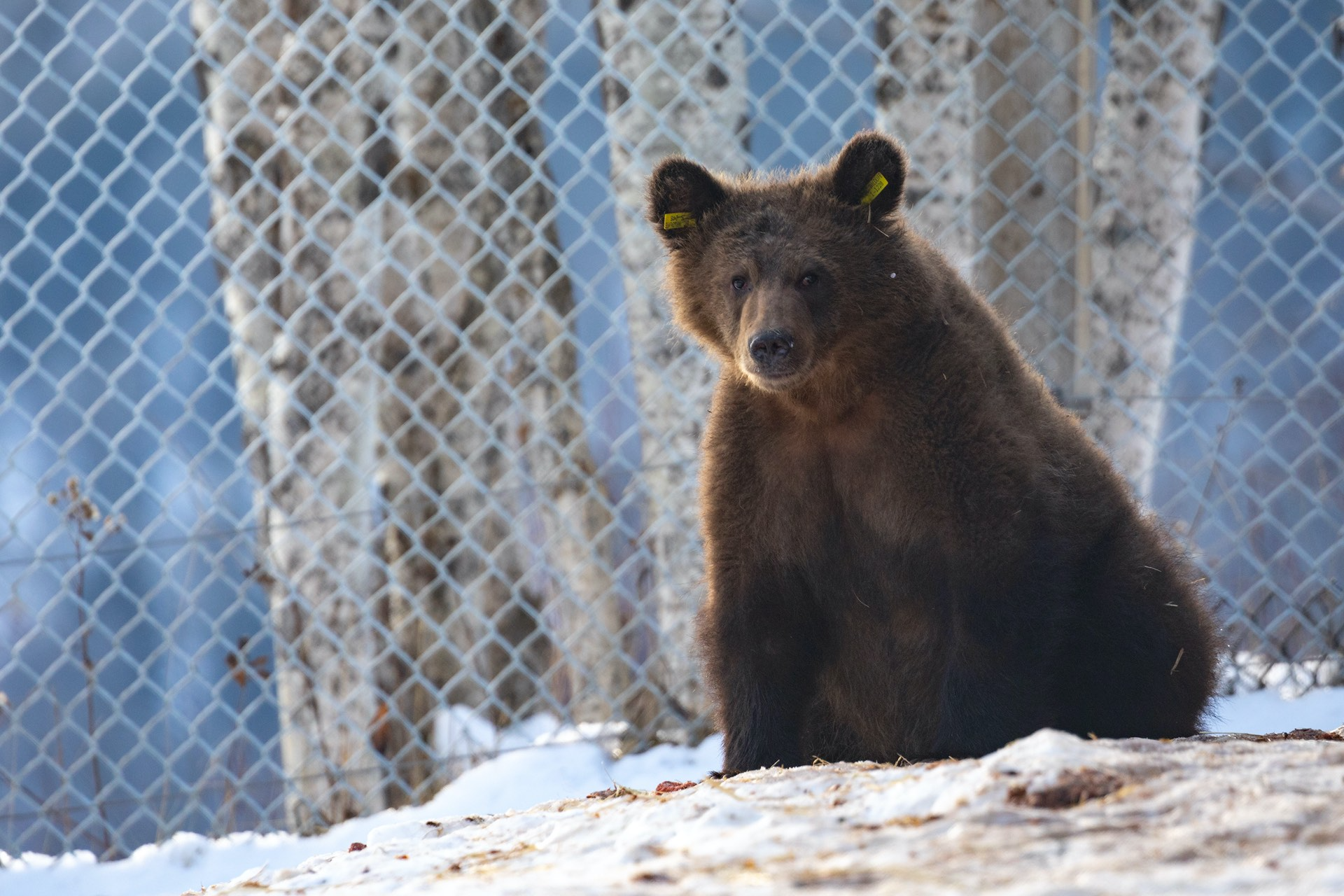 Raising awareness and inspiring action for conservation through storytelling. Sharing individual stories of how and why these cubs were orphaned, helps foster understanding and support for rewilding work and grizzly bear coexistence

100% of your donation will go towards our Project Rewild research and advocacy efforts to ensure orphaned grizzly bear cubs get a second chance at life in the wild. 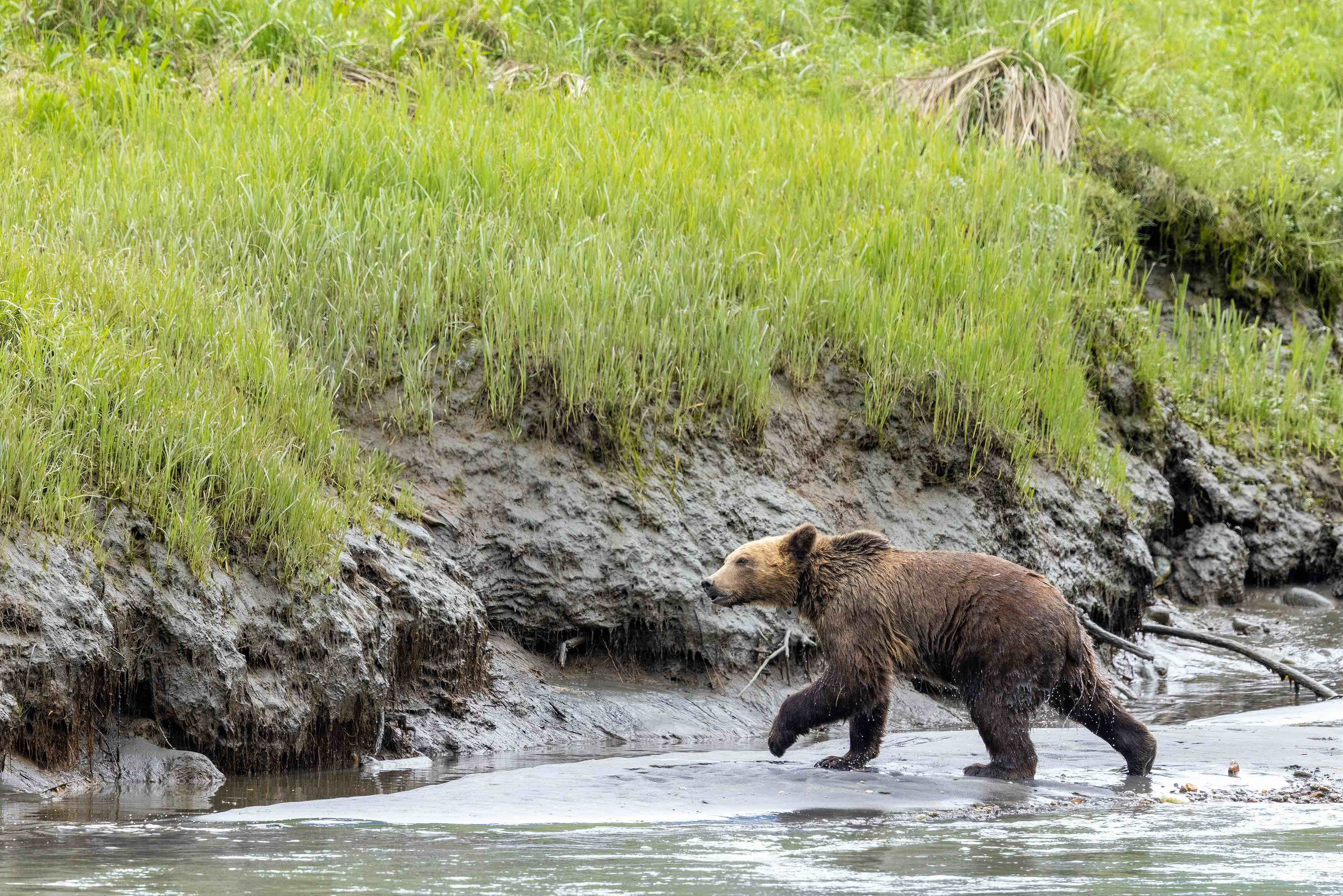 WHAT HAPPENS WHEN A MOTHER BEAR IS KILLED AND HER ORPHANED CUBS ARE LEFT BEHIND TO FEND FOR THEMSELVES?

When a grizzly mother is tragically killed, their cubs are either lethally removed, sent to zoos, or abandoned with little chance of survival on their own. The loss of grizzlies is both a welfare issue and an ecological issue. Removing a grizzly bear mother and her cubs from the landscape is a significant loss to the population and the ecosystem. Grizzly bears are keystone species – they play a critical role in maintaining the structure and biodiversity of ecosystems. They also have one of the slowest reproductive rates of any mammal in North America, with mature females having only 2-3 cubs every 3-4 years.

The results of this research will be used to inform and update policies regarding the fate of orphaned grizzly cubs and best practices for rewilding efforts in Canada and the United States. 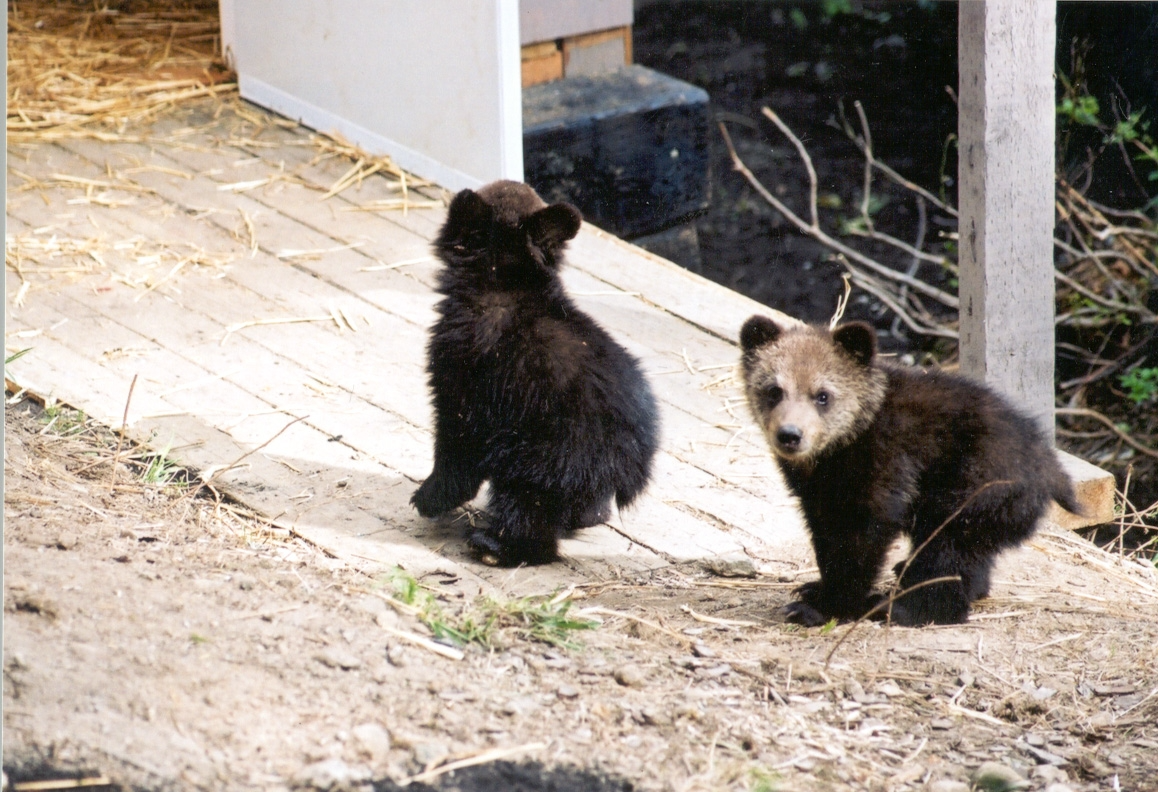 On June 4th, 2002, five months later, Boo’s life changed forever. Boo and his family were foraging alongside a highway, when suddenly a poacher drove up in his car, proceeded to get out, and shot and killed Boo’s mother. The three cubs were suddenly orphans. One of his siblings ran into the woods, never to be found again, and the other two cubs, named after the mountain range in which they were found, Cari and Boo, climbed a nearby tree. The two bear cubs waited for days to hear their mother’s sign that it was safe to come down. It never came. While the man who shot and killed the mother bear was convicted of two B.C. Wildlife Act violations and fined $9000, the fate for Boo and Cari was more ambiguous. But this time, other plans were brewing for Boo and Cari. While conservation officers attempted to retrieve the cubs from their tree, BC’s Ministry officials contacted Dr. Ken Mcquisten and Stuart McLaughlin at the Grouse Mountain Refuge for Endangered Wildlife  in North Vancouver to see if the cubs could be given a second chance at life and a new home. Grouse Mountain agreed, and the baby bears, weighing only 12 pounds each, were flown to Vancouver, BC. They joined two other orphaned grizzly bear cubs at the refuge; Grinder and Coola.

In 2003, Boo and his brother Cari were moved from Grouse Mountain to Kicking Horse Mountain Grizzly Bear Refuge, their forever home that was made just for them. Sadly, the following year in 2004, Cari did not wake from his winter hibernation and passed away within his den (of natural causes). Boo continues to live at Kicking Horse in the largest enclosed and protected grizzly bear habitat in the world.  Cari and Boo, Grinder and Coola, have all helped educate the public on the challenges grizzly bears face and their importance in our ecosystems. We are given a unique insight into bear behaviour and characteristics -  they continue to teach people from around the world about how bears forage, play and sleep.

Though grizzly bears are not meant to live in captivity, these bears are seen as conservation ambassadors. What we’ve learned from their experience helps future orphaned grizzly bear cubs get a second chance at life in the wild. 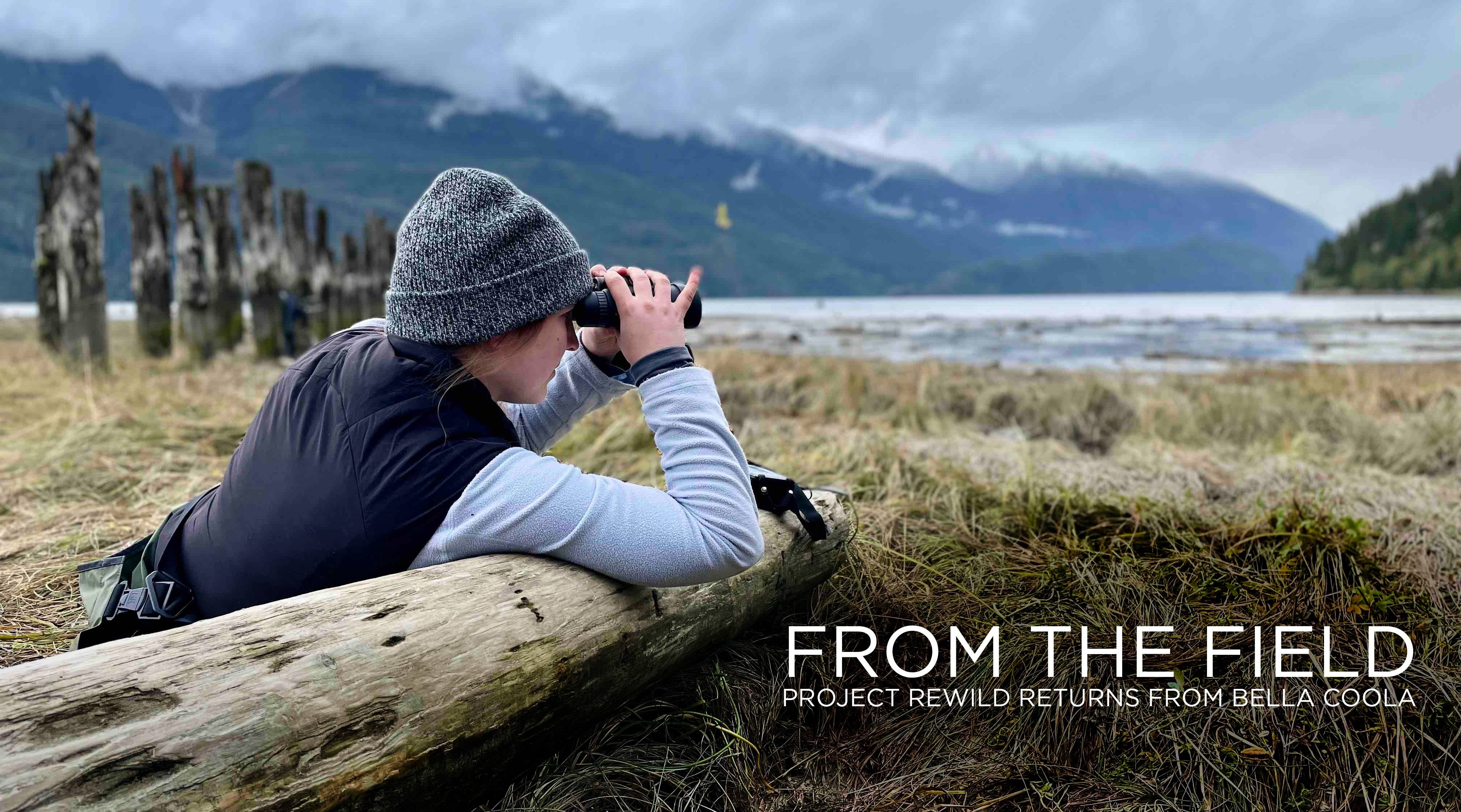 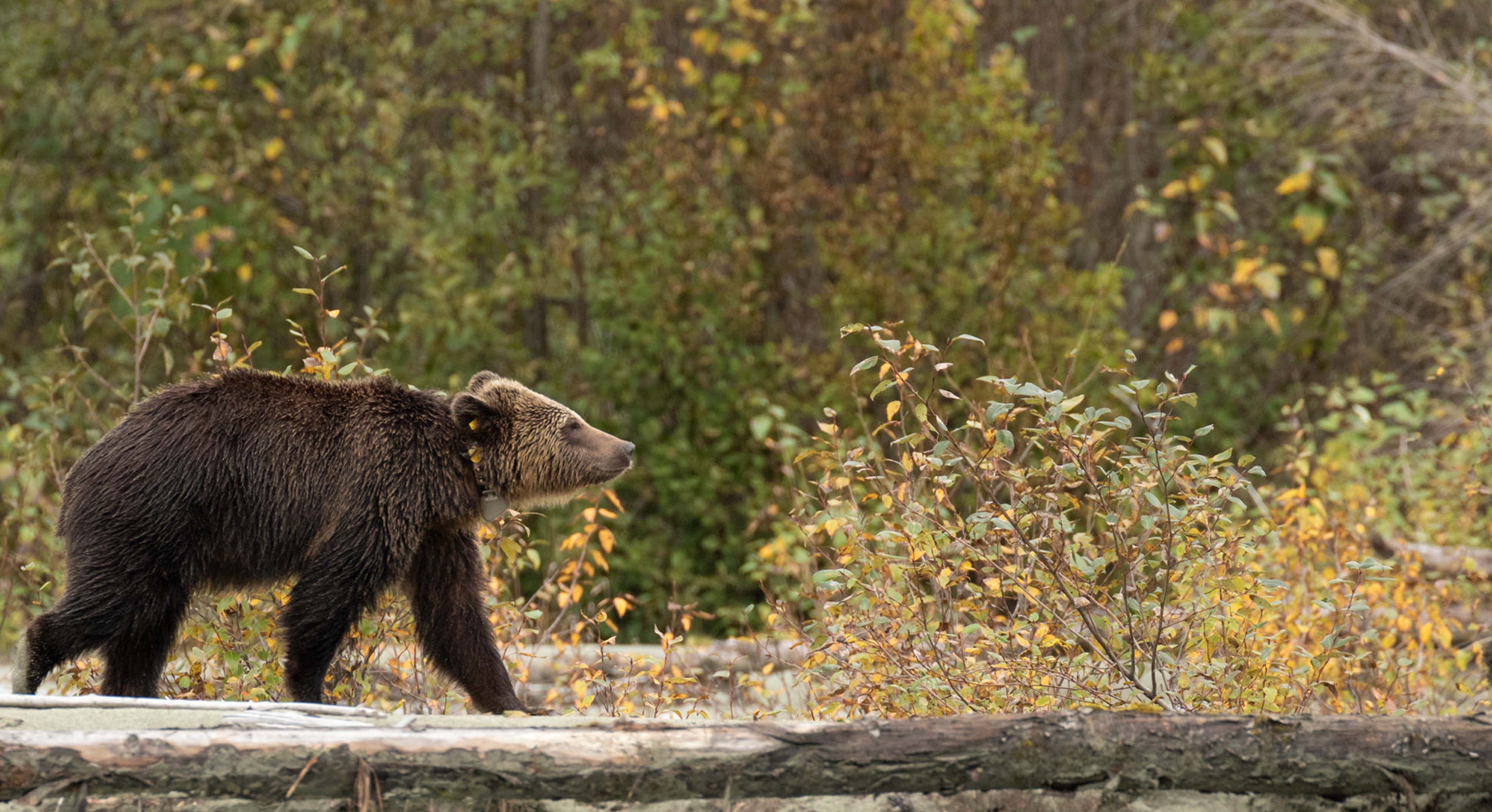 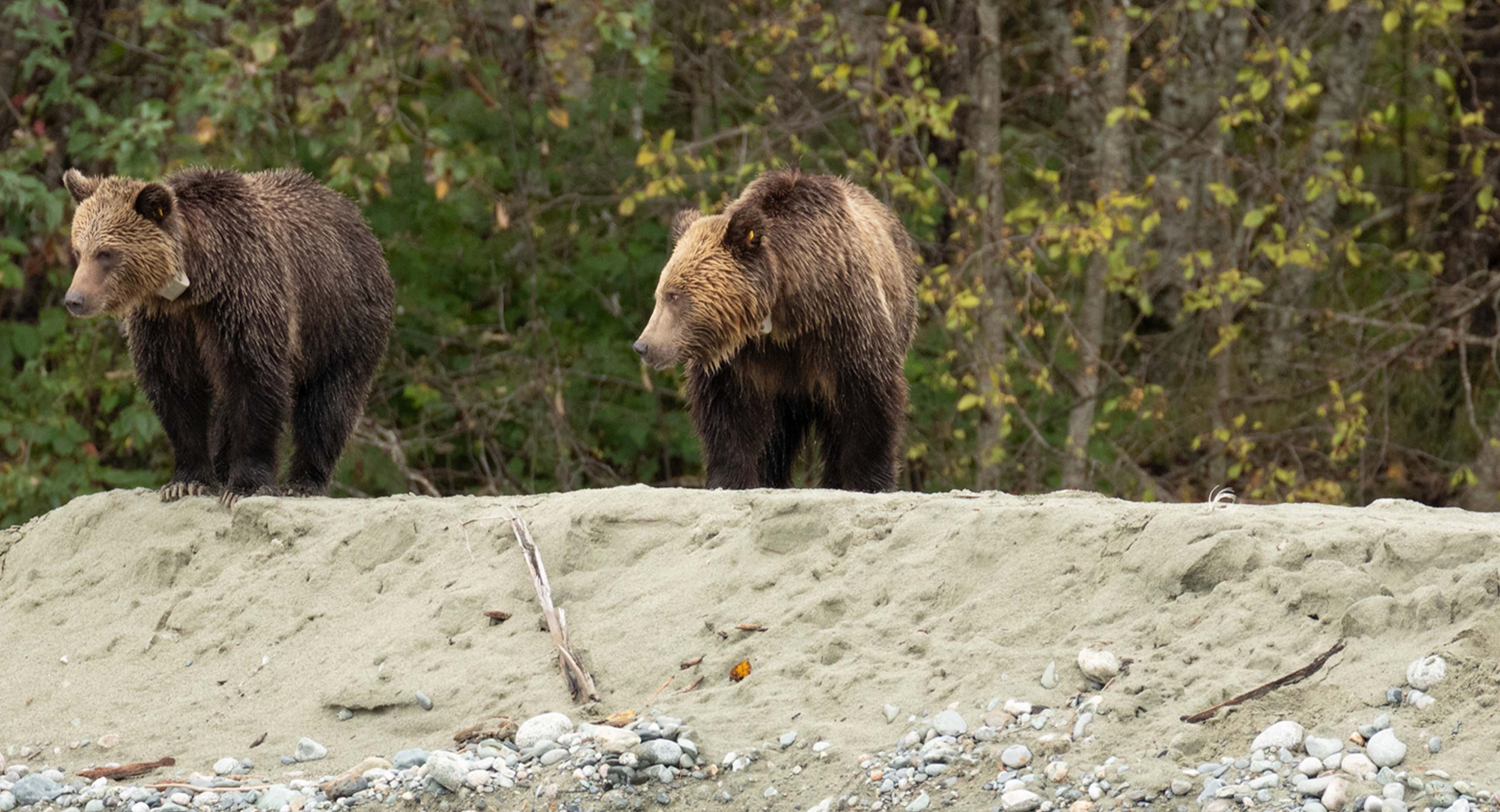 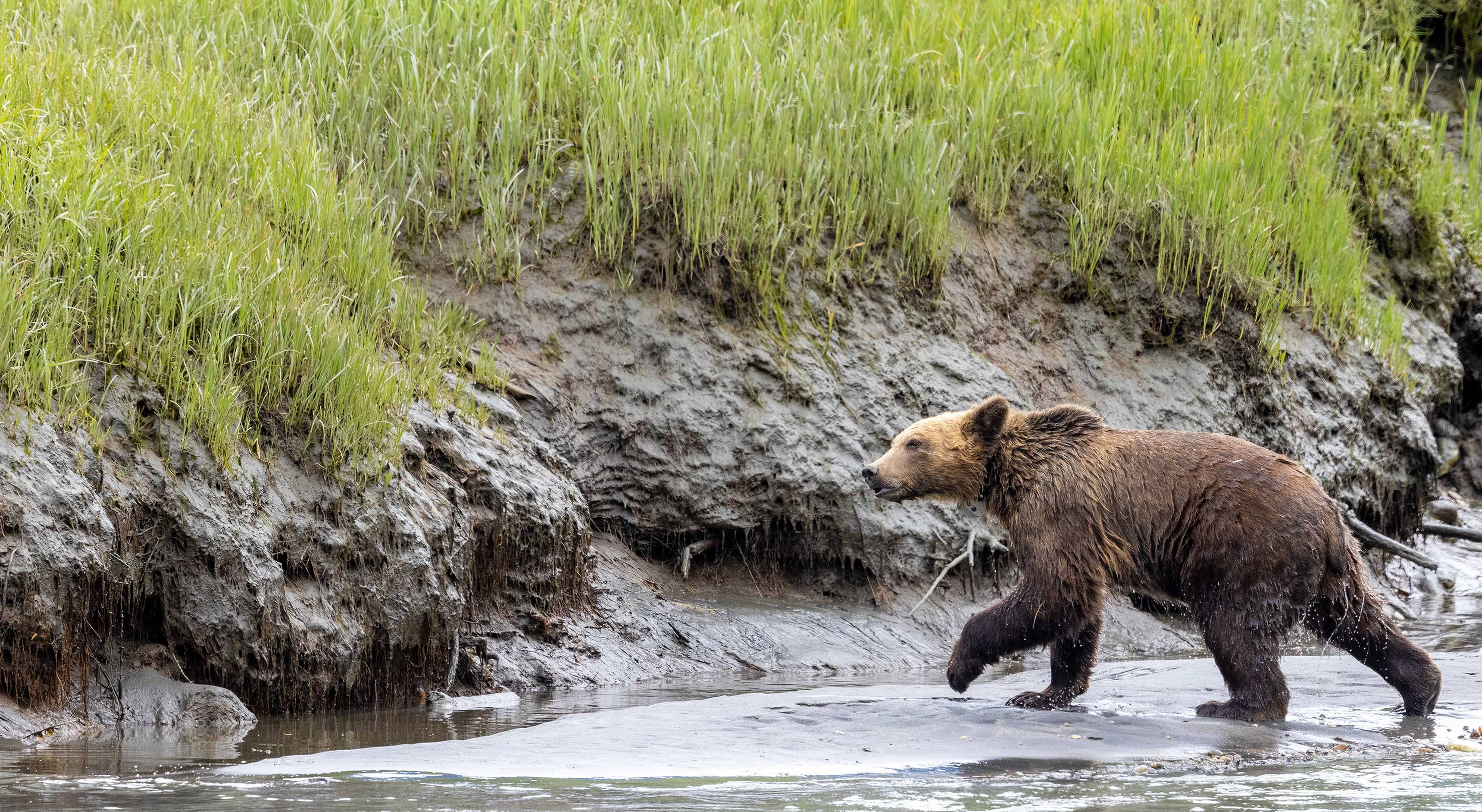 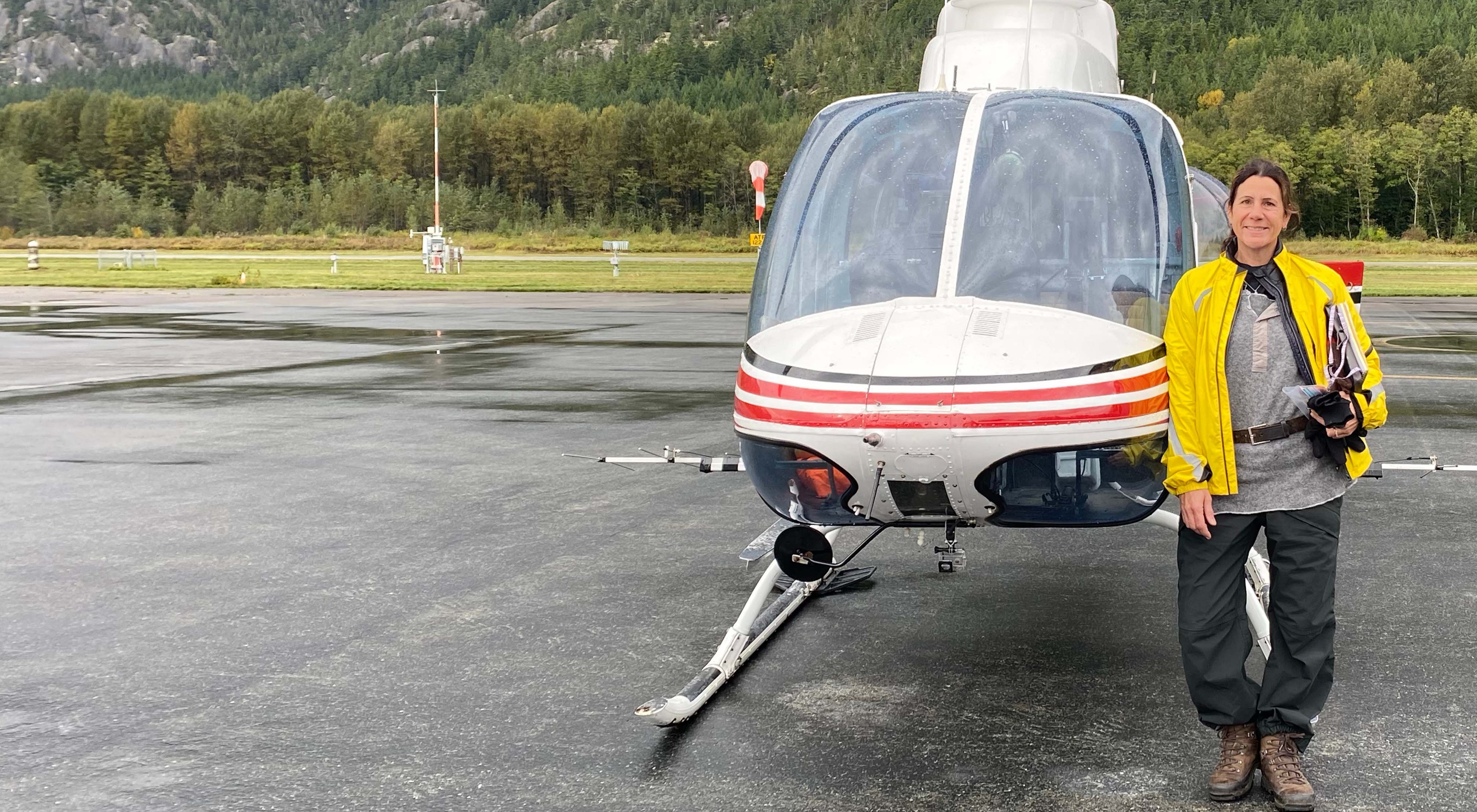 This past spring, five orphaned grizzlies made the journey back to the wild, and we are continuing to monitor their progress. Dr. Lana Ciarniello is monitoring their movements and habitat use with the help of GPS collars.

Since those releases, two grizzly bear cubs have been tragically orphaned and are now in the care of the Northern Lights Wildlife Shelter in Smithers, BC. With two additional cubs already in the program, this is looking to be an exceptionally busy year for Project Rewild.

As the bears head into hibernation, we’ll focus on reviewing what we have learned this past year and how the cubs helped further the research into grizzly bear rewilding.

Northern Lights Wildlife Society (NLWS) is the only wildlife shelter in North America permitted to raise and release orphaned grizzly bear cubs, and they hold extensive expertise. Over 30 grizzly bears have been rescued and released by NLWS. As a partner in this study, NLWS cares for the orphaned cubs for one year prior to their release, providing food, shelter, medical care, and lots of love. Peter and his passionate and dedicated team work incredibly hard to give wildlife a second chance at life in the wild.

Biologists and veterinarians from the BC Ministry of Forests, Lands, Natural Resource Operations and Rural Development: Wildlife Branch provide guidance and support for this project and oversee the cubs' handling and welfare. As well, Ministry of Environment: Conservation Officers manage the capture and release of the cubs. 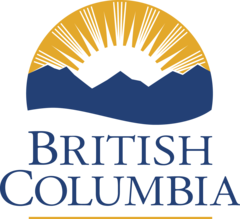 Photos FEATURED ON THIS PAGE ARE by